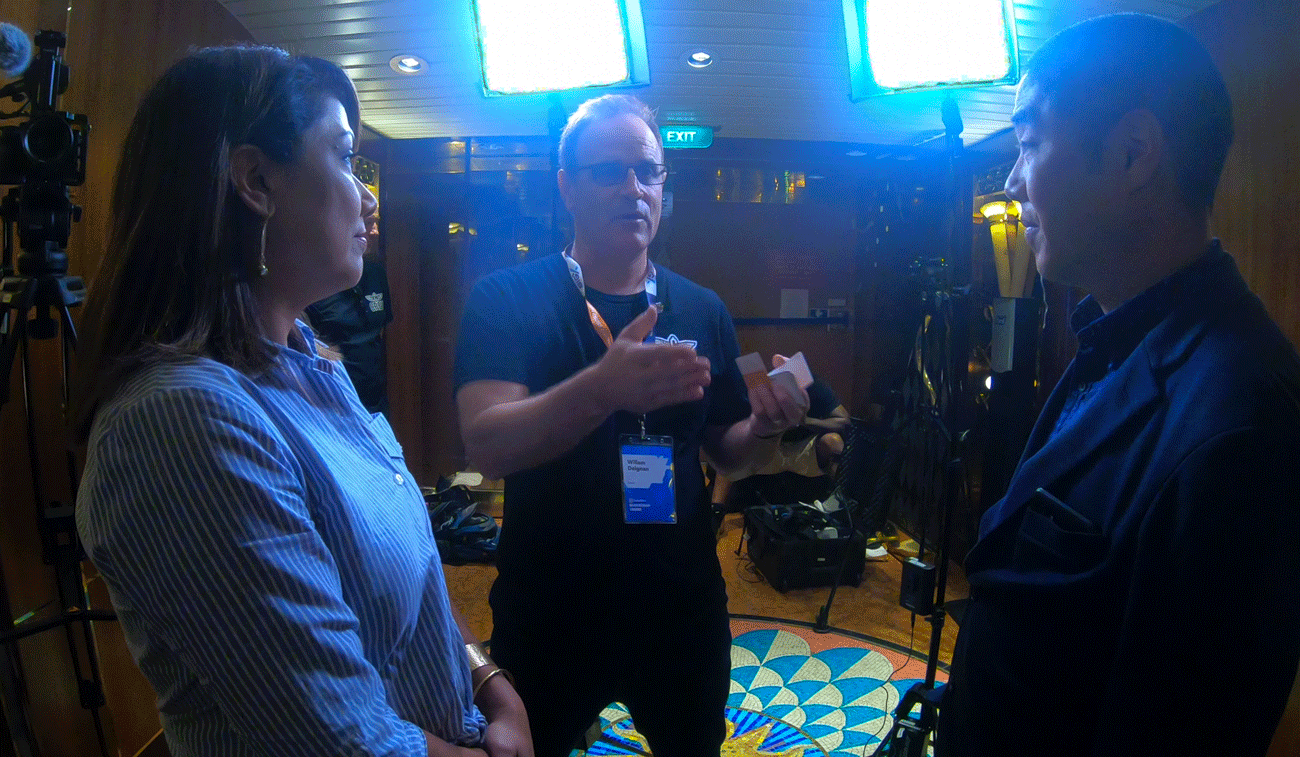 Everyone knows about Bitcoin by now. Well, at least everyone has seen the headlines about the ordinary Jane and Joe’s of the world becoming overnight millionaires from bitcoins they purchased 8 years ago.

I’ve spent the past year taking a deep dive into the subject and although I can confidently say I know more than my friends and family, the more I learn about crypto, blockchain, banking, and monetary policy, the more I realize I’ve only just scratched the surface of this world. I’m completely captivated by the subject. Why? I can’t quite put my finger on it. All I know is, I want to keep consuming more knowledge.

I suppose my interest in technology served as a catalyst for my fascination with crypto. About 6 years ago, I had actually mined some crypto after realizing the excess graphics card capacity on my editing system could be put to use overnight. After about a month of toying around with Litecoin, my interest dwindled, as I digested the fact that I probably spent about $15 bucks on electricity while mining a couple coins worth a few pennies at the time.

I brushed off Bitcoin after that, giving it the cold shoulder. That is, until it exploded into mainstream media in 2018, when several people had fallen into fortuitous wealth seemingly overnight. Guess I missed the boat on that one.

In February, a friend sent me a lecture from Andreas Antonopolous, the Greek technologist turned Bitcoin  and crypto evangelist. Who knew one link could instigate a new, borderline obsessive, interest in cryptocurrency. From podcasts to YouTube videos, I devoured as much information as possible on the topic. I was hooked. I would even wake up in the dead of night, practically in a cold sweat, with an irrepressible urge to get myself into the crypto and blockchain space.

So, when my friend Elsa Ramon, a 2-time Emmy winning anchor and reporter for CBS Los Angeles approached me about an opportunity to jet set across the globe and film a show about crypto, I had only two thoughts: “Hell yes!” and “How the heck am I gonna tell my wife?”

Fast-forward to fall of 2018; I’m locked away in the editing room, piecing together the 1st episode of “Adventures in Crypto with Elsa Ramon.” The Prior 6 months were spent conspiring with Elsa and our partner, Sean Entin, plotting storylines, traveling around the world, and engaging in a whirlwind of new experiences that felt like one long daydream. My friends, who had been immersed in this world for a while now, were in awe of the colorful cast of characters and influencers from the crypto-sphere that I had spent time with. Even I couldn’t believe it.

If someone told me I’d be sharing a twilight cup of coffee with Brock Pierce on the deck of a ship in the Mediterranean, or that I’d embark on booze-filled boat ride with John McAfee at the helm (complete with semi-automatic weapons), I would’ve asked what they were smoking. Or, if you told me I’d visit a ‘Cat Café’ in Japan, find myself smack dab in the heart of a crowd of a million-plus people in Barcelona, or receive a once in a lifetime opportunity to learn how to build a tipi with former chairman (and adopted brother of Barack Obama) of the Crow Tribe in Montana, I’d tune out your insane-sounding rant and turn you in to the authorities.

Guns, purring furballs, boat rides, and tipis? How could all these things possibly be connected to crypto and blockchain?  As I journeyed into this world, however, I realized that crypto and blockchain cannot be gift wrapped into a single, tidy category. It’s a massive movement; as if hundreds of people across the globe all simultaneously rubbed a golden genie bottle and released a swarm of wish-granting spirits into the universe. There is so much to learn about this technology, and it will be virtually impossible to ever fully grasp how this simple concept, or protocol, will ultimately manifest in our world.

To paraphrase Forrest Gump, “I’m not a smart man.” What I do know, however, is anyone who is openly dismissive of blockchain and crypto is either fooling themselves or attempting to fool you. If that person is tied to central banking and finance in any way, it’s most likely the latter.

We owe it to ourselves to pay close attention to the realities of our world. In fact, if you have your smartphone handy, do a Google search for “The Creature from Jekyll Island.” As a global society, we’ve placed the control of our collective wealth in the hands of the Federal Reserve Bank. There’s a bit of irony there, since this bank is neither associated with our “Federal Government,” nor does it act as a “reserve” of wealth. In reality, our money is fully controlled by a collection of Congress-appointed individuals (with Congressional oversight, of course).

What exactly does that mean for us? Is our money in good hands? The bank hasn’t been audited in over 100 years – Doesn’t that frighten you?

For a comparison, imagine you lived in an alternate reality where you and I belonged to a 100-member tribe. Our chief and tribal elders entrusted our tribe’s wealth to a few politically elite families, who held our gold in their respective hut. In exchange, we received pieces of paper with the letter’s “I.O.U.” scribbled across the top to represent our individual share of the wealth. Tribal members could use these scraps of paper to secure goods and services from one another.

The elite tribal “bankers” could rest easy knowing no member of the tribe would ever be able to enter the hut and confirm that the gold was still safely deposited there. In tough times, the elite could simply produce a larger mound of paper IOU’s, allowing them to control the flow of goods and services – a benefit they would enjoy over the common members of the tribe. The tribe members continue on in ignorant bliss, with the belief that they can trade in their pieces of paper for their share of gold in the hut at any point in time.

This scheme works for decades, with surrounding tribes also adopting the trade of paper bits in lieu of actual gold. While they’d secretly make jokes about the quantity of paper floating around (Come on, there’s no way the elite have amassed this much gold in their hut), this attempt at humor was really born out of fear. Fear that if they uncovered the truth, the paper they possessed would lose its value and they would no longer be able to trade with other tribal members. In other words, the whole “hut of cards” would come crashing down.

This is the reality of our world today.

Since the introduction of the Central Bank system, the world economy and humanity’s overall quality of life has vastly improved. I, like you, have benefited from the capital afforded by this scheme. But the stark reality is, this system cannot last forever. This centuries-old ruse originated with the Bank of England and continues on today, with common practices like fractional-reserve banking threatening our economic stability.

Get educated. It’s important to understand the banking system. Why is it that we are spellbound by this act? Banks not only pull money out of thin air like magicians, but they also turn it into a cloud of dust in order to control it’s value. Poof. How does it make you feel to think that the people who are in control can simply create and dispense money to their friends to protect them from the fallout of a poor business decision? I want that deal. Don’t you?

Cryptocurrency could be our solution. It would provide the rest of world, the “unbanked,” the opportunity to finally take part in the world economy, free from the elite “hut” controllers that reside on the other side of the planet.

Remember the genie I mentioned earlier? That genie is named “blockchain,” and no matter what, he ain’t ever going to be stuffed back into that cramped golden bottle. I guess that means we can forget about being granted three wishes. Instead, it’s time to deal with the cards laid out for us and do the best we can.

A little note about the video accompanying this blog post. I’ve been a fan of the “Bad Crypto Podcast” ever since it began. I was excited to snag an interview for Elsa Ramon with Travis Wright, one of the hosts of “Bad Crypto”. He does a good job of characterizing the infamous meeting of the elite bankers who secretly met at Jekyll Island to devise a plan to lobby Congress and President Woodrow Wilson to hand over “all the gold” so they could control the flow of fiat money in the world from their little “hut’ called the Federal Reserve Bank. Travis was definitely the funniest interview Elsa conducted during the filming of our first episode of “Adventures In Crypto”. I found myself erupting in laughter while we were taping. Probably not a good thing to do as a director. 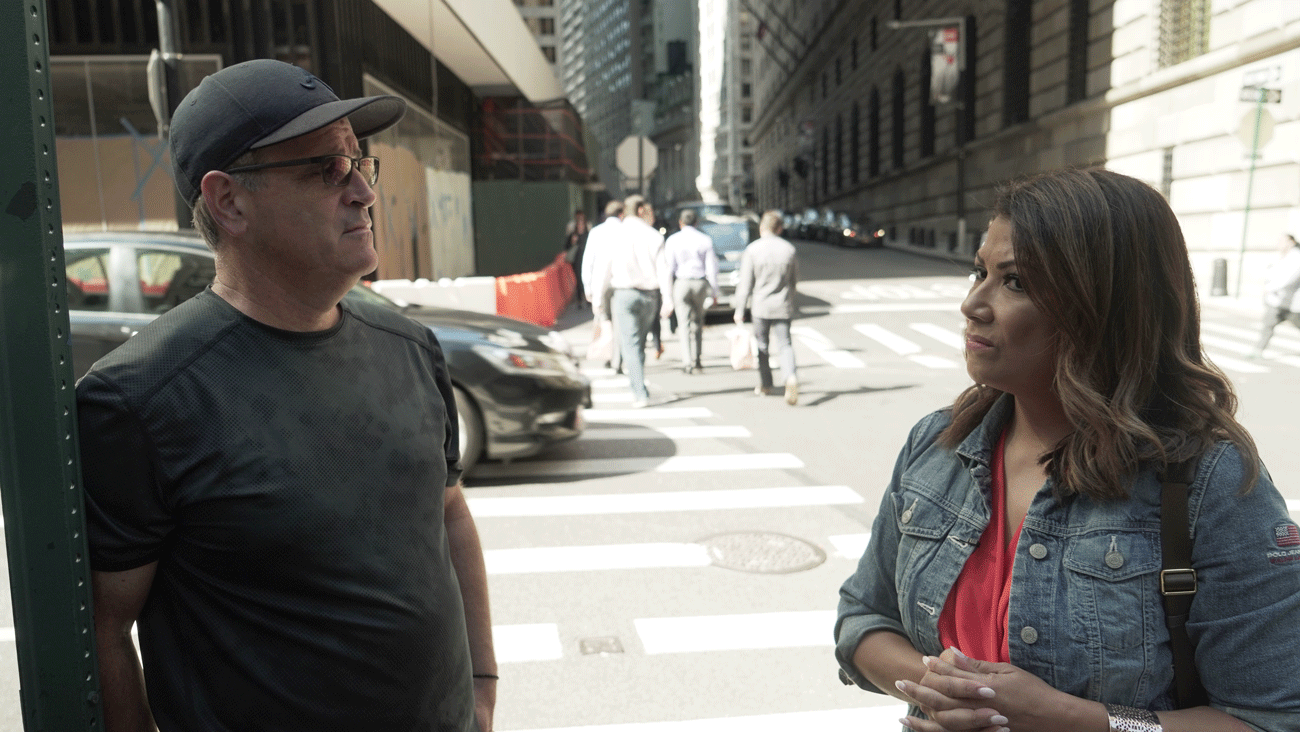 Sometimes We Were Just Stumped On What Elsa Should Say, Especially At The NY Federal Reserve Bank. 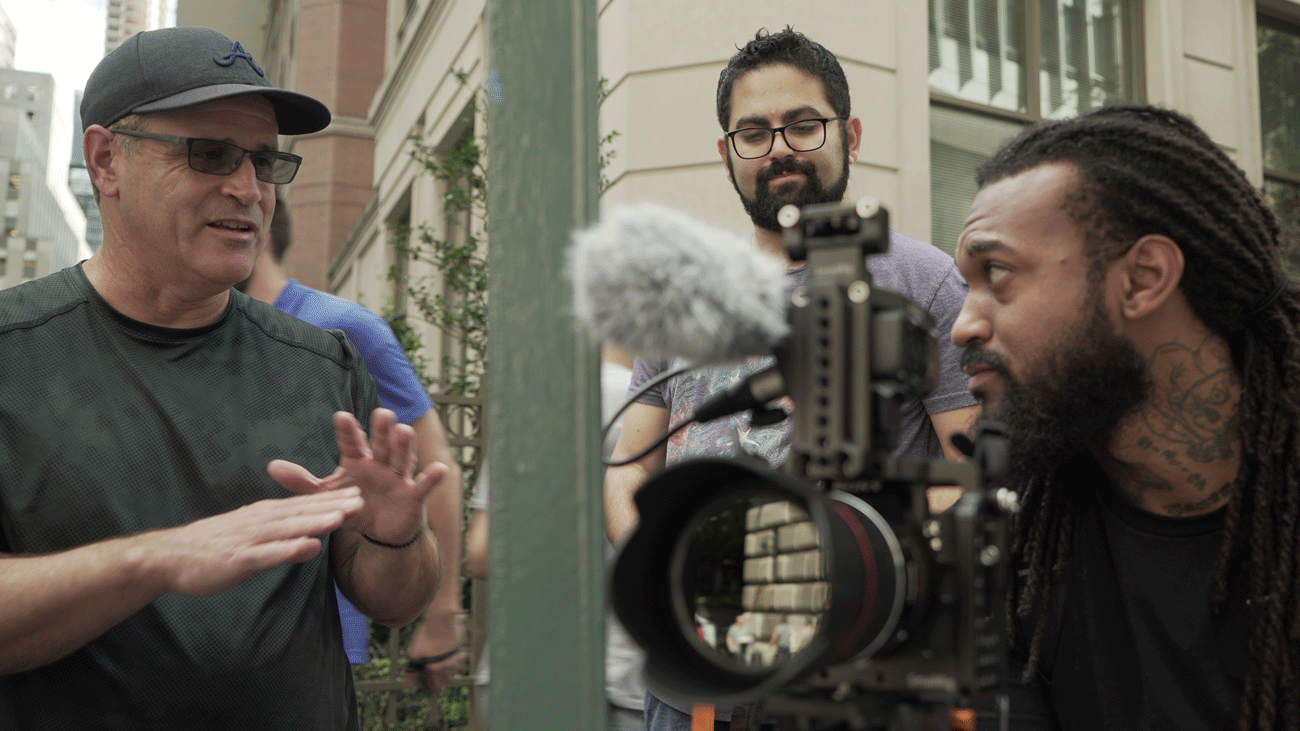 Will Work For Bitcoin: Why I Left CBS News